Jerry was born and raised in Wichita, KS.  His father played several instruments including piano and guitar.  He attended Wichita State University and graduated with a degree in sociology.  Jerry started playing guitar 44 years ago and has played in a dozen or so bands in the Denver area.  Most recent of these is Accelerator, The Hamilton Brooks Band, Shaky Ground, Abi & the Normals, and Sweating Purple.  Jerry's unique sound and style add a great texture to FOG which gives the music an extra boost of energy.  Jerry has most recently picked up the baritone guitar and one of FOG's original songs features him playing that guitar.  Jerry enjoys spending time with his wife, Terry and his grandkids.  His vocals adds yet another dimension to FOG's sound and texture. 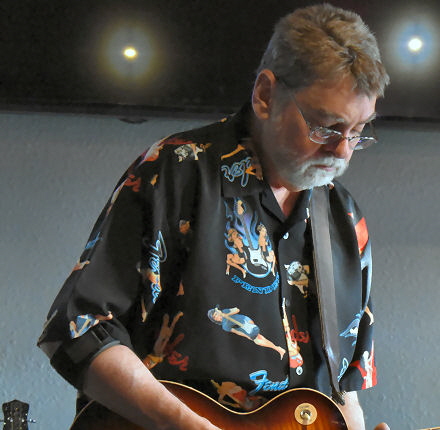