Keith lays down those great bass licks that gives FOG its unique sound and feel.  Keith was born and raised in Detroit, Michigan.  His father played the guitar and his mother played the stereo.  Keith became interested in music at a young age and was influenced by the music in the Motor City.  He started playing drums, then purchased a keyboard, played some guitar and then migrated to bass.  He played in a few bands in the Detroit area and then moved to Colorado.  He played in Take Cover, Quest and Flipside.

Keith met up with Greg in 2003 and formed an original band called Band X.

Keith has been influenced by all music and sound.  Keith enjoys Jackie, music, motorcycling and being a smart ass. 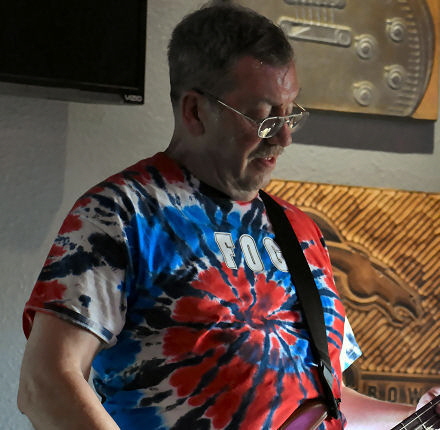